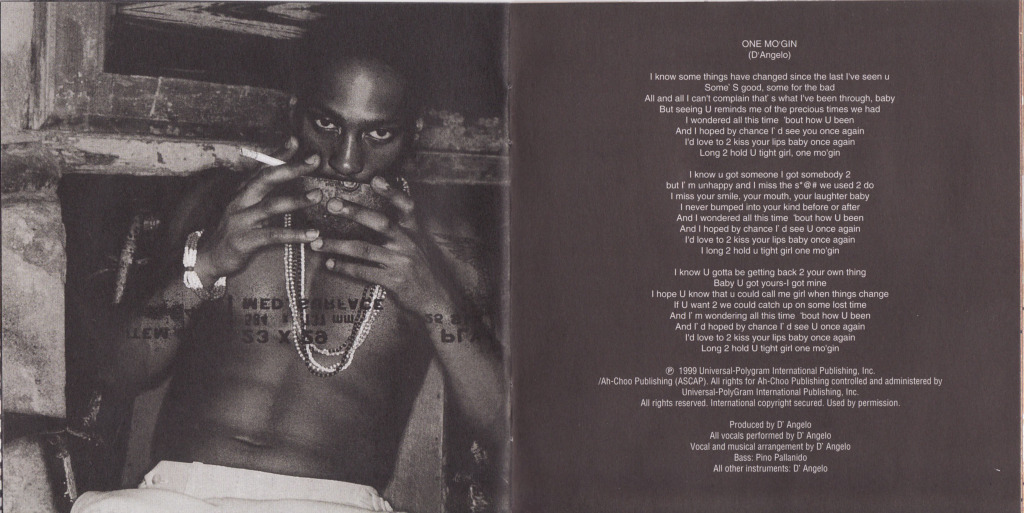 R&B, Music For The Soul

It’s in the middle of a random Spotify playlist that I’m hit by the feeling that music gives me — a gentle reminder that I’m alive. Music is motion. It’s moving particles, monitors pumping, floor trembling or getting goosebumps. I’m receptive to any kind of music , but there are some genres that speak to me more particularly.

I don’t know if it’s because I was born in 1994 when Boyz II Men were on top of the charts, or if it’s because of the records my father used to play back in the day, but R&B has always awakened something special in me.

It can have romantic melodies and harmonies, slow beats and urban vibes. It’s not something you listen to when dining on an expensive restaurant, but it’s something that can take you there because it makes you fantasize. It’s the type of music that sounds classic while it can make you dance. I’m a romantic, so maybe I find comfort in the feelings that harmonies convey.

Rhythm & Blues (usually abbreviated R&B): a term used to describe the blues-influenced music that has been predominantly performed by African-Americans since the late 1930s. It was created as a musical marketing term by Billboard magazine. The “rhythm” comes from the music’s typical dependence on four-beat measures and the liberal use of a backbeat, in which the second and fourth beats are accented in each measure. The “blues” part comes from the lyrics and melodies of the songs, which were often sad, or ‘blue’.

R&B has grown over time into a genre that puts emphasis on the voice, sound and feeling. In an era when trap, pop and hip-hop are so hyped and trendy, a lot of these soulful melodies became less and less important for the masses. I like trap and I love hip-hop, the world is a changing place and the music for the masses changes too.

The World Still Has Soul

Maybe this is the reason why I feel unsatisfied by a lot of music that comes out. (Or maybe I’m just outdated and need to be looking better.)

I’ve become familiar with collectives such as Soulection whose identity and values resonate with me. Soulection has been “a cornerstone of creativity for innovative musicians, crate-digging DJs, and open-minded fans from across the world”, and has taken the grooves of hip-hop and R&B production and distilled them through electronica and house music.

There are plenty of producers, artists and record labels that still aim to achieve the same kind of feeling. Old souls who perhaps, like me, want to express themselves and find truth and meaning in the melodies, harmonies and chord progressions from the past.

“I feel R&B is still important today because people are still in love. A lot of the music that’s out now doesn’t necessarily promote love… R&B isn’t prevalent because it’s no longer cool to love in the light.”

The playlist I mentioned earlier was a random selection of recent songs that kept playing according to my plays. I’ll post some of them down below for your delight.

R&B MUSIC FOR THE SOUL

Previous: What No One Told Me About Edibles
Next: The Sun Is Shining